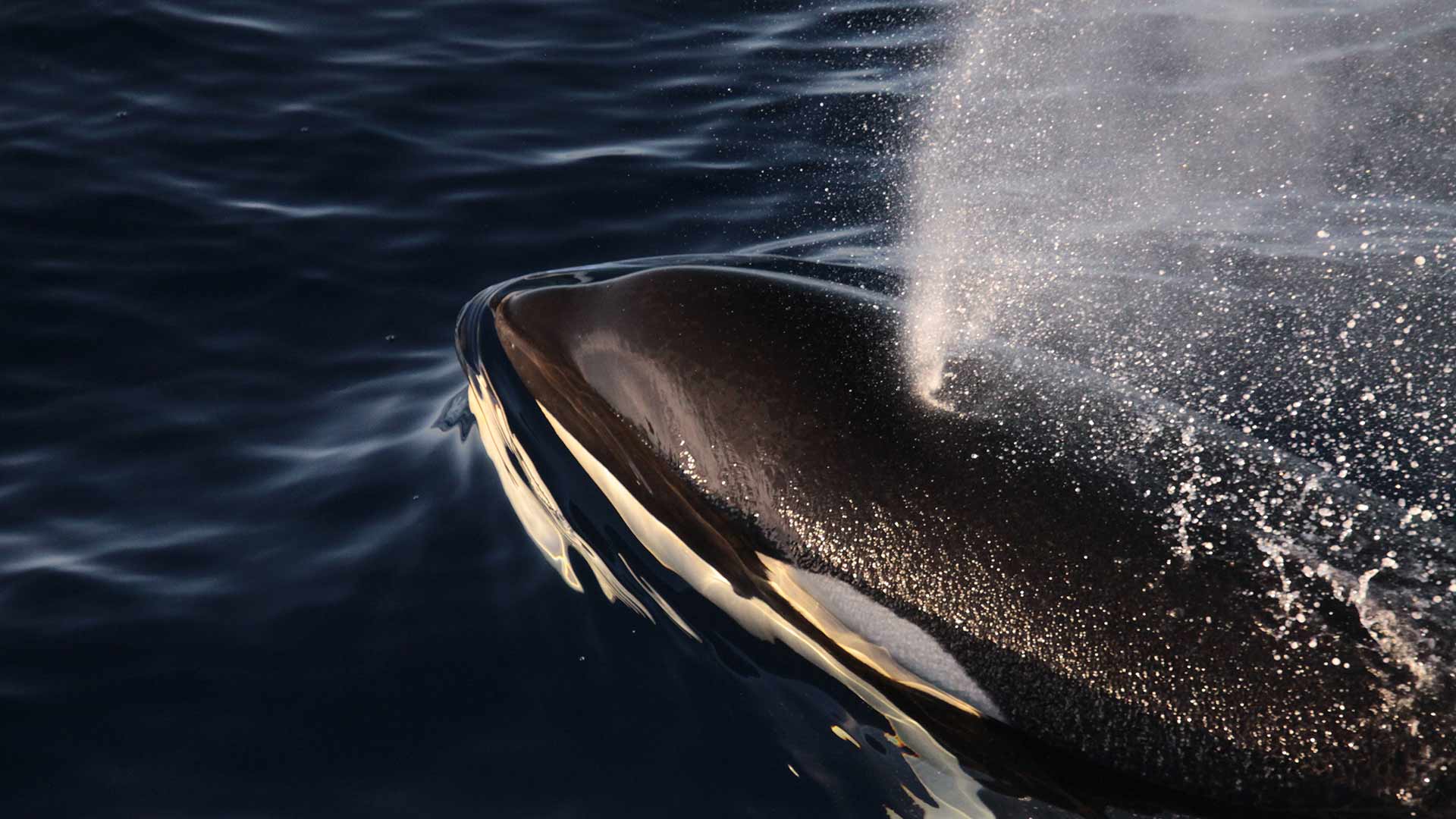 Research
Information and Communication Sciences and Technologies
Near the Crozet and Kerguelen Islands, in French Antarctic territories, French fishermen haul in their lines onto their longliners. During this delicate operation, killer and sperm whales come in close and swallow many of the Antarctic toothfish hooked by the lines. 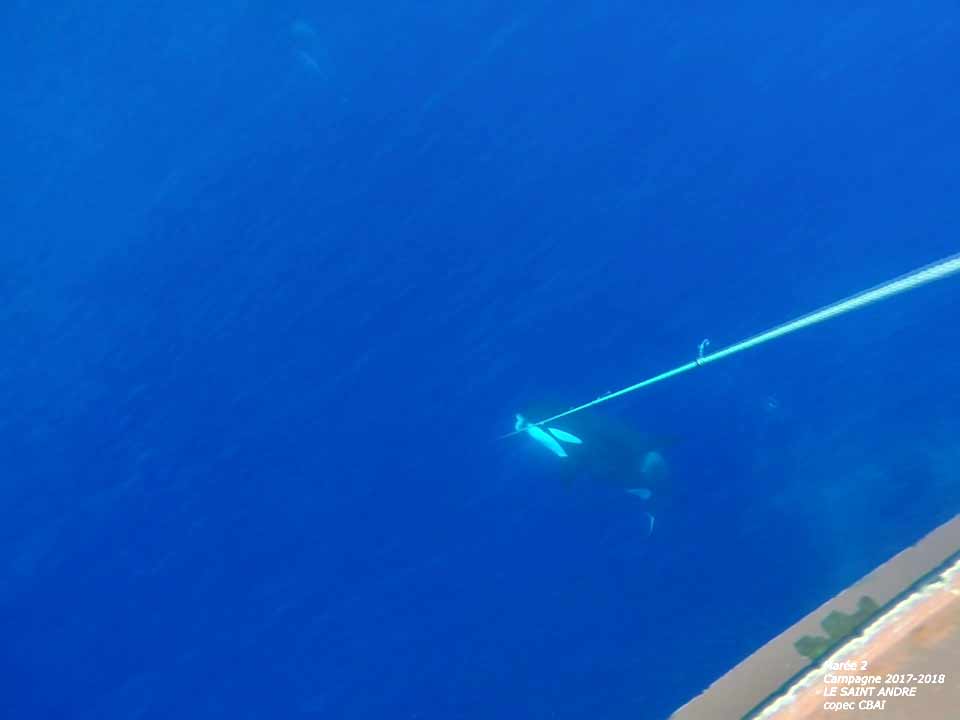 The action of taking a resource that has been caught by man is called depredation. This phenomenon has been the focus of long-term studies by the Agence Nationale de la Recherche (National Research Agency). The research, which has been conducted over the last few years, has suggested that cetaceans are responsible for about 30% of the total toothfish catch at the Crozet and 10% the Kerguelen Islands. The consequences are twofold: major economic loss for the fishermen and an unnatural extra food source for the cetaceans which in the long term could lead to a demographic imbalance in their populations and the ecosystem in general.

Fishing in exclusive economic zones is heavily regulated in order to ensure sustainable and sensible fishing. Seven French ships are authorized to operate in the area and must respect their annual quotas. A fishing inspector is systematically on board to ensure that the rules are respected. 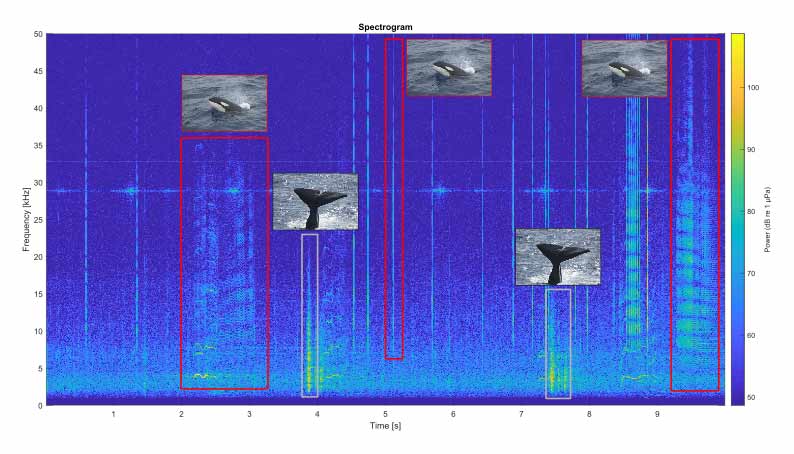 Understanding marine mammal behavior is essential in order to protect them and maintain fishing sustainability. Therefore, research teams at ENSTA Bretagne/Lab-STICC, together with the Centre d’Etudes Biologiques de Chizé (UMR CNRS- La Rochelle University), and the help of the fishermen and fishing inspectors, have set up a passive acoustic tracking system using hydrophones on fishing lines

Thanks to passive acoustics, a non-invasive technique which consists in listening to sounds traveling underwater – especially those produced by marine mammals – the research teams have come back with many hours of recordings.

Their analysis will enable the teams to establish whether depredation by circling killer whales only takes place when the boats haul in their longlines, which has been supposed until now, or whether it also occurs when the lines are still on the sea bed.  A similar study of sperm whales is currently being carried out by the ENSTA Bretagne team.

These new data are beginning to reveal a possible under-estimation of depredation rates and highlight the importance of finding solutions for the fishing industry. The latter could adapt its fishing strategy in order to limit depredation. Ultimately, this is also a question of the impact on fish stocks and biodiversity in a sector that is still highly protected. 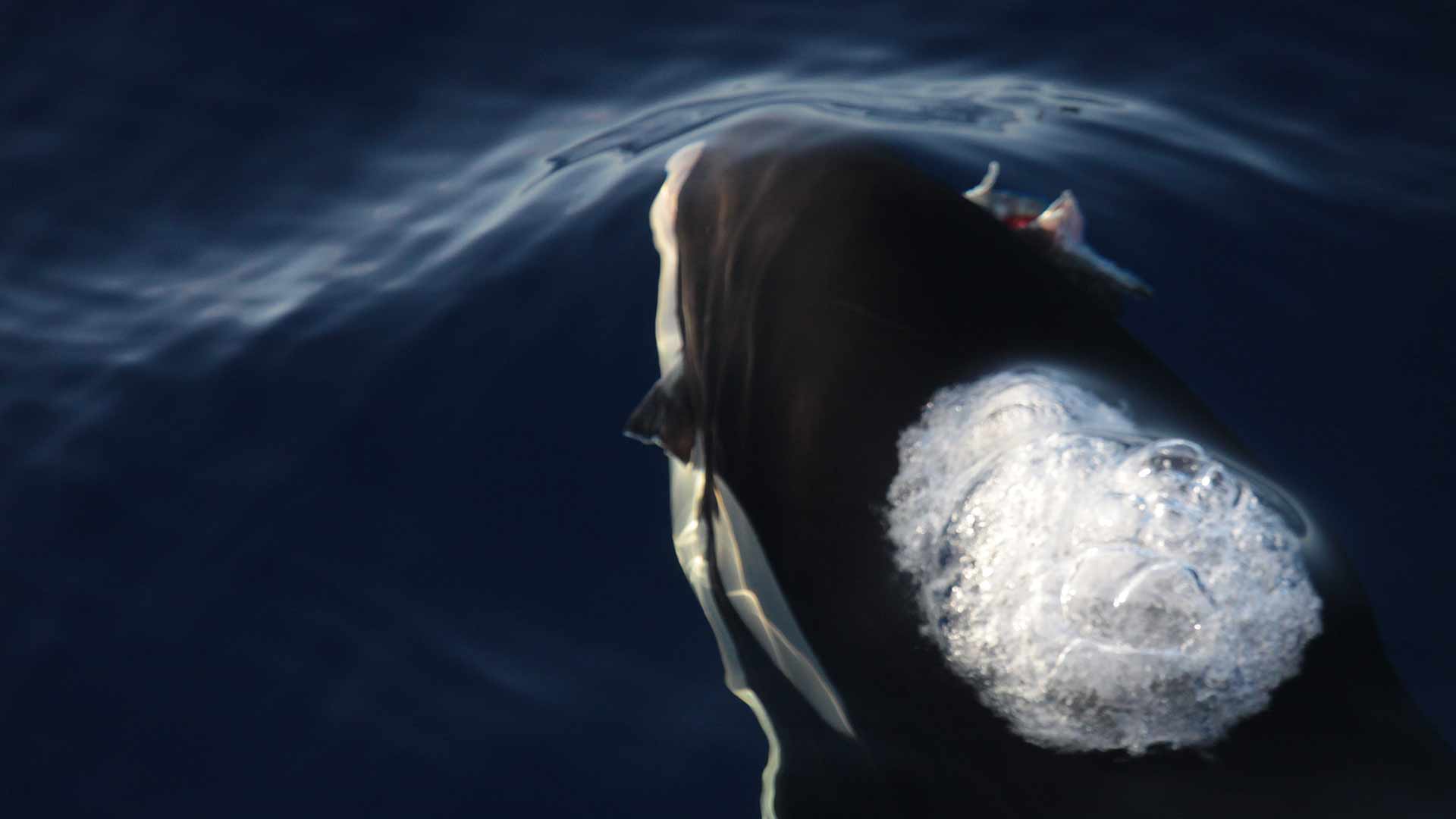 Depredation : a killer whale eating a toothfish caught in a fishing net 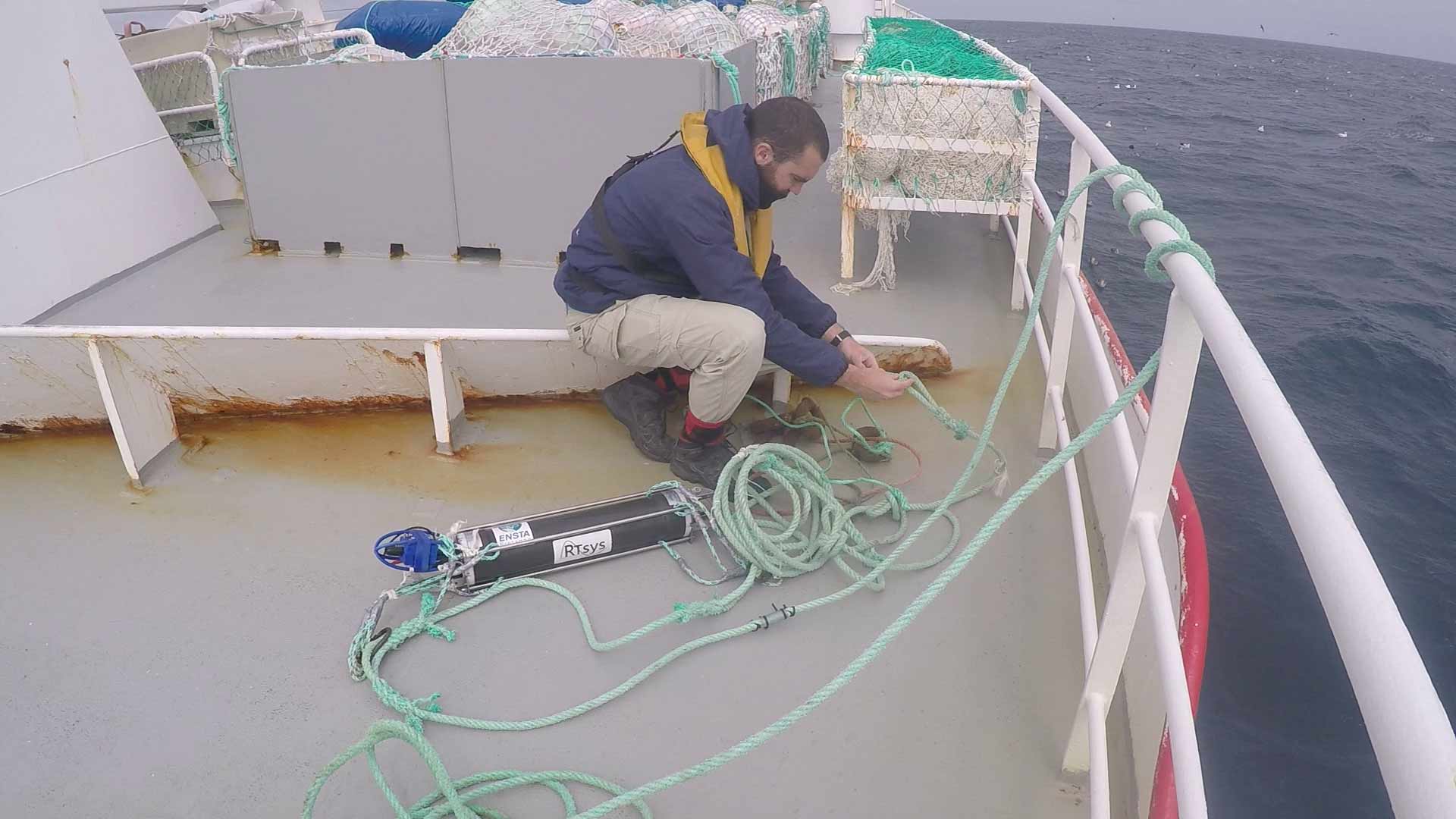 Installation of hydrophones on a longline by an ENSTA Bretagne researcher 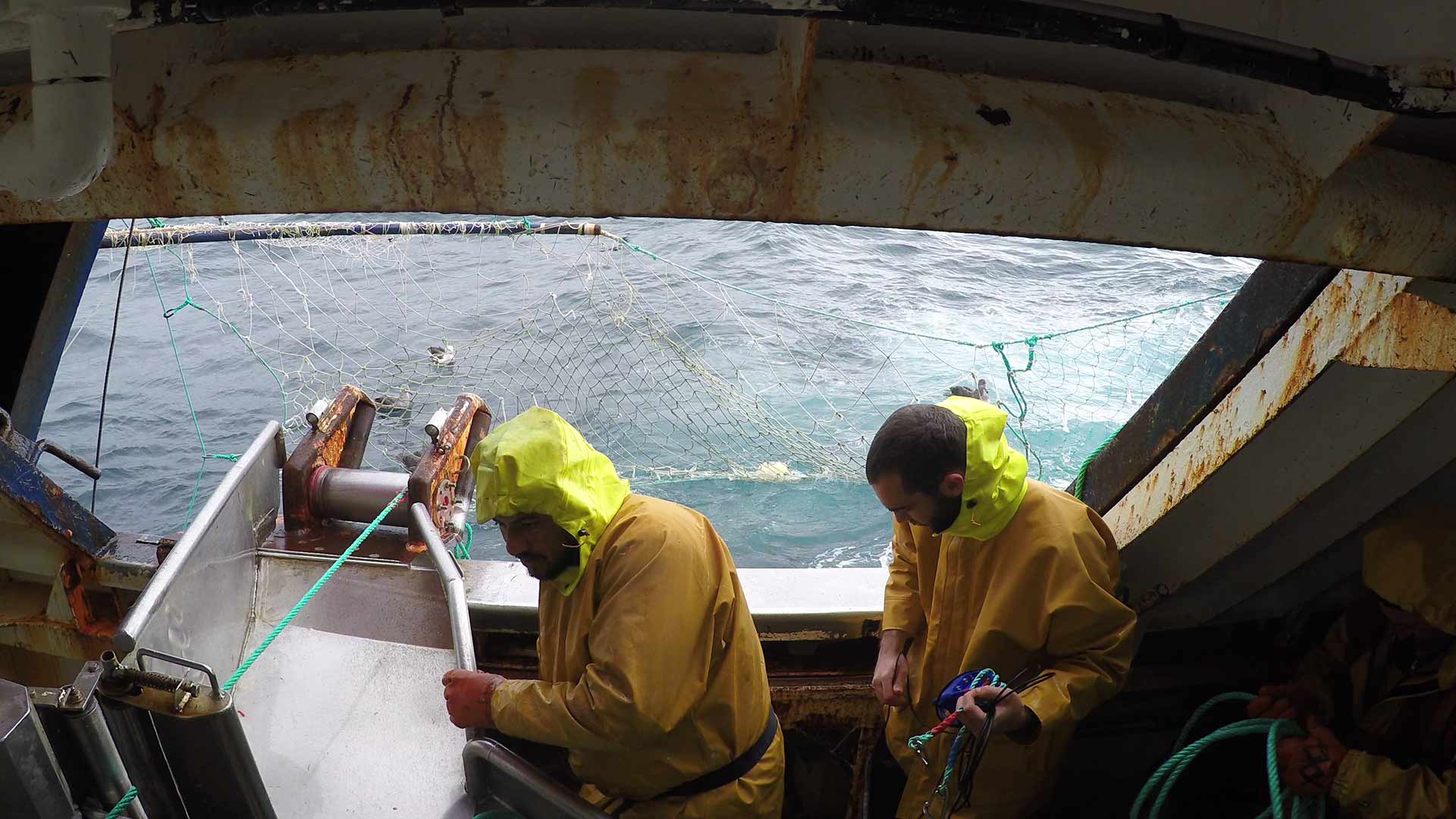 Longline fishing off the Kerguelen Islands. 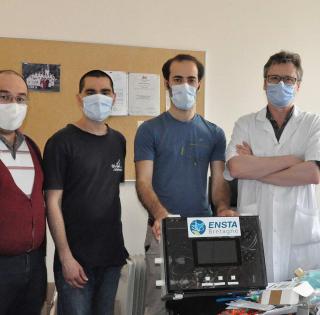 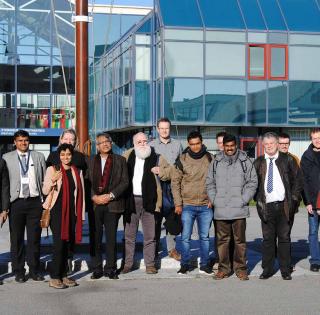 Courses
Research
International
Signature of a partnership agreement with the Indian Institute of Technology, Goa 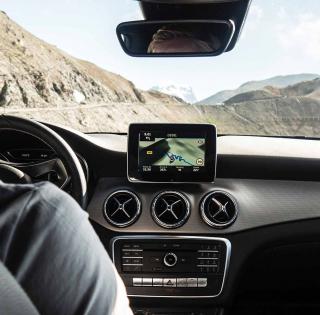 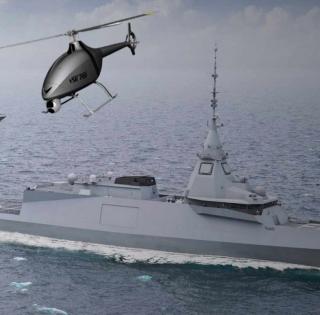