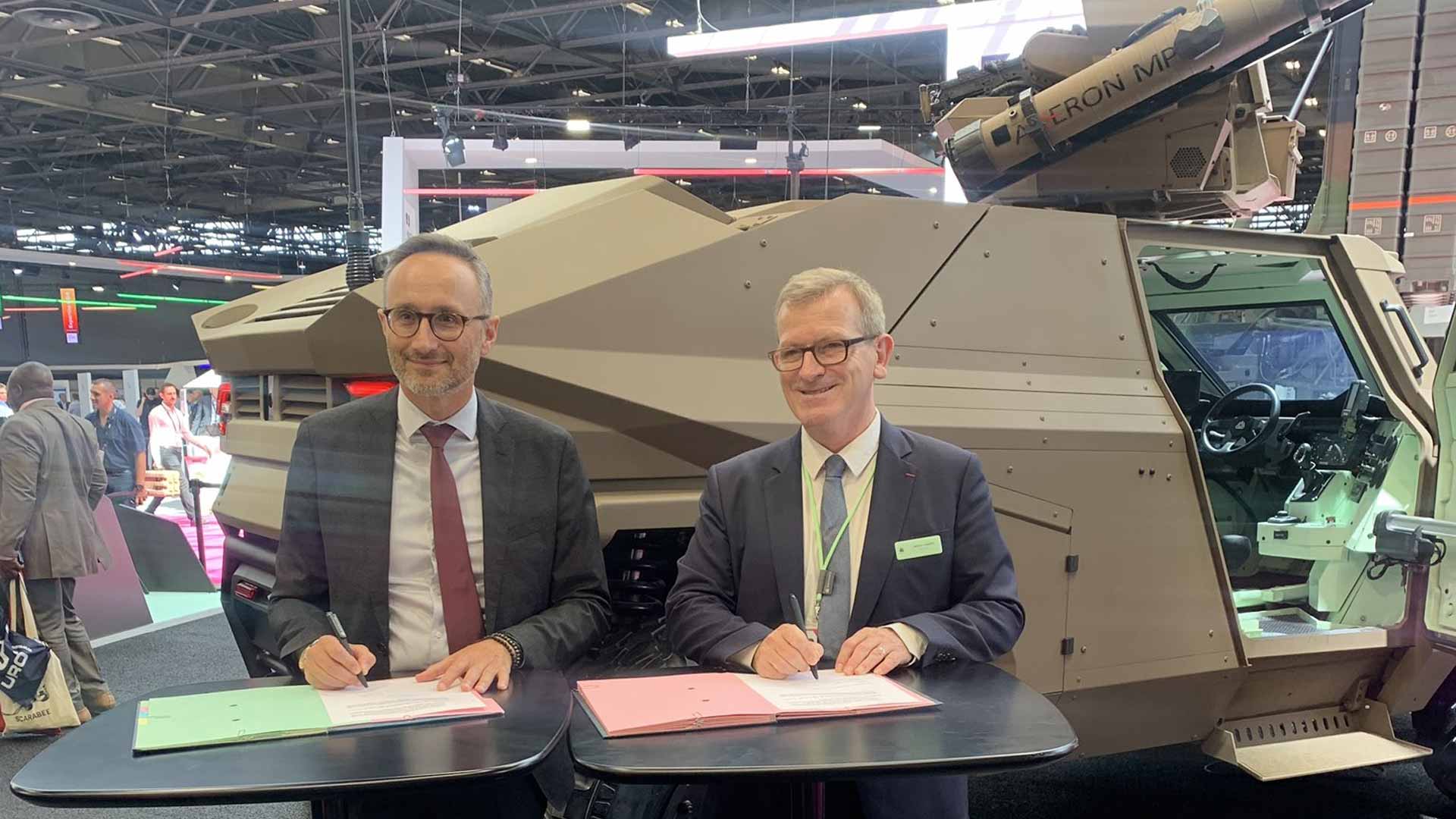 Businesses
ENSTA Bretagne
Vehicle Architecture
Meeting on June 17 at the Eurosatory exhibition, Emmanuel Levacher, CEO of Arquus, and Bruno Gruselle, Director of ENSTA Bretagne, have officially confirmed the opening of a joint laboratory on the energy optimization of army vehicles and their bases.

The incorporation of ever more energy-intensive systems in ever greater numbers, new capacities expected of these vehicles (sound and heat stealth technology, energy sharing for the benefit of other vehicles or advanced bases, incorporation of high-energy-value systems) and the necessary reduction of their carbon footprint and logistical weight are paving the way to new energy architecture in military vehicles.

Arquus is therefore firmly committed to a strategy aimed at the energy optimization of on- and off-board systems, the efficient and secure incorporation of new energy sources (electricity, hydrogen in particular) and hybrid systems within the military vehicles it designs, makes and maintains over the long-term. This goal, which could set the stage for 60% less greenhouse gas emissions, must also meet the operational requirements of the Armed Forces: power, mobility, survivability, robustness, agility and availability under all circumstances.

With that in mind, the R&D teams at Arquus are completely rethinking the energy architecture of vehicles and energy management at base, by combining the science- and technology-related expertise of Arquus and ENSTA Bretagne in vehicle architecture, engines and energy systems.

This strategic objective of Arquus is contributing to efforts to reduce the Armed Forces’ energy dependence by making it possible to "consume safely, consume less and consume better". Arquus would thus like to establish a French center of expertise in the energy sector, capable of rallying leading stakeholders to the cause and wielding European-wide influence.

In this context, ENSTA Bretagne is being called on to help design this new engine architecture and characterize the materials and assemblies able to effectively accommodate the incorporation of these new systems, which are going to subject the vehicles to new pressures in terms of refueling and weight management. The school will also be able to contribute to the design of on-board systems that can more effectively harness the different energy sources to guarantee optimal performance and autonomy.

Arquus is a pioneer not only in propulsion solutions, but also energy generation and storage solutions for the Armed Forces. The company has recently developed the world’s first ever hybrid military vehicle, the Scarabée, designed as a forerunner of future land mobility. Arquus is also investing in the development of a hybrid version of the Griffon, the Army’s new fighting vehicle. Within the armored multirole vehicles consortium (GME EBMR), Arquus and its partners have thus recently unveiled a Griffon equipped with Li-ion batteries. Hybridization of equipment is, furthermore, a wholly relevant solution for other vehicles, including armored fighting vehicles, Infantry Fighting Vehicles or tactical trucks.
The hybridization of land equipment helps to lower consumption and emissions, minimize maintenance and strengthen capabilities on the ground. Arquus is also preparing for the future by conducting research on energy sharing in operation and on military hydrogen. In all of its R&D work, Arquus is supported by the AB Volvo Group, a global leader in electromobility and renewable energies, of which it is the Business Unit Defense.

The signature of this partnership with ENSTA Bretagne further strengthens our exemplary relationship with the school and our presence in the new energies sector. We are extremely proud of our enduring ties with ENSTA Bretagne and of the opportunity to establish a thriving French center of excellence which is truly able to wield influence and champion France’s proposals and expertise at European Defense level.

Arquus and ENSTA Bretagne are laying the groundwork for the future of engineering to support our Armed Forces in operation. Our fruitful cooperation in engineering education and research means we are able to engage with agility in decisive subjects for the future. The energy transition is a major example in this regard for the Ministry of the Armed Forces. This need for change is moving engineering education with the times, backed by our research centers and the new laboratory bringing together Arquus and ENSTA Bretagne. The aim is to drive forward innovation and the roll-out of new energy solutions, expected by society and the defense sector alike.

Long-standing partners of the Armed Forces, Arquus and ENSTA Bretagne are already working together in the areas of R&D, innovation and engineering education.

On December 17, 2021, Arquus and ENSTA Bretagne signed an initial research, innovation and engineering cooperation agreement. Thanks to this partnership, joint taskforces have been set up on the theme of new energies applied to the military field. The creation of a new research laboratory today is a natural consequence of the ongoing constructive dialog between Arquus and ENSTA Bretagne. 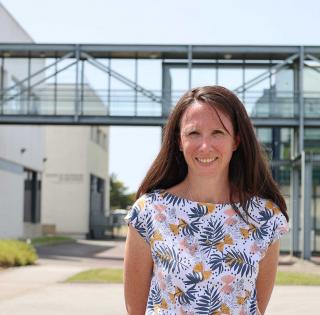 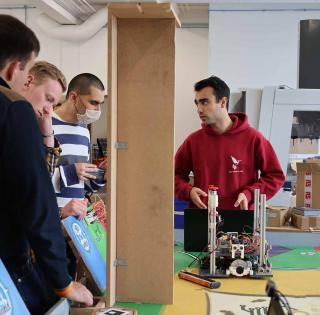