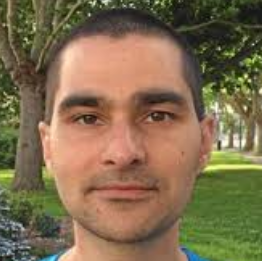 Preliminary design of an interval-based autopilot

An autopilot is a combination of an INS (Inertial Navigation System), additional predefined sensors, actuators, and communication ports, with control algorithms. Its purpose is to provide the best state estimation of a robot in all conditions as well as autonomous operation such as following waypoints. Some experiments show that recurring causes of mission failures and robot loss are related to a wrong heading and/or position estimation, often due to a problem on one sensor even though other related sensors were correct. This presentation proposes to demonstrate how an interval-based heading estimation algorithm could help detecting and correcting some sensors inconsistencies by design. The results of experiments with an autonomous boat will show the practical use of the method.

The probabilistic and the set membership approaches in the localization problems are often seen as different and in competition. While in practice, the robots often rely on a probabilistic localization with a Kalman Filter for their online autonomous navigation, the set membership method is mainly used in post-process analysis. However, the Extended Kalman Filter (EKF), which has shown to be a precise method for nonlinear state estimation, may diverge in if its linearization point is far from the true state. We proposes a new filter, the Interval Extended Kalman Filter (IEKF) which benefits from the advantages of the EKF and the Interval Filter (IF). By linearizing the EKF in a feasible set generated by an the IF, the IEKF is more likely to converge toward the state of the robot. This new filter, has been applied for simulated underwater localization scenarios.

with L., Harbaoui, N., Raharijaona, T. & Ruffier F.
Honeybees foraging and recruiting nest-mates by performing the waggle dance need to be able to gauge the flight distance to the food source regardless of the wind and terrain conditions. Previous authors have hypothesized that the foragers’ visual odometer mathematically integrates the angular velocity of the ground image sweeping backward across their ventral viewfield, known as translational optic flow. The question arises as to how mathematical integration of optic flow (usually expressed in radians/s) can reliably encode distances, regardless of the height and speed of flight. The vertical self-oscillatory movements observed in honeybees trigger expansions and contractions of the optic flow vector field, yielding an additional visual cue called optic flow divergence. We have developed a self-scaled model for the visual odometer in which the translational optic flow is scaled by the estimated current clearance from the ground. In simulation, this model, which we have called SOFIa, was found to be reliable in a large range of flight trajectories, terrains and wind conditions. It reduced the statistical dispersion of the estimated flight distances approximately 10-fold in comparison with the mathematically integrated raw optic flow model. The SOFIa model can be directly implemented in robotic applications based on minimalistic visual equipment. 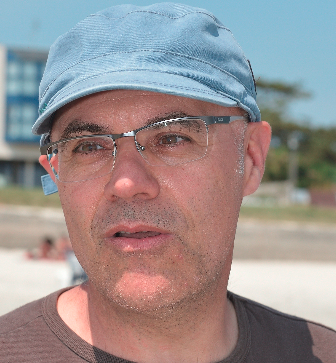 In an Euclidian space, the separation between two points corresponds to their distance which is purely spatial, and is always positive. In space-time, the separation between two events takes into account not only the spatial separation between the events, but also their temporal separation. In this talk, we will consider problems involving geometrical constraints in the space-time. The motion of the objects will be described by differential equations and the clocks attached to each robot are not synchronized). An interval-based technique will be used to solve the problem. The method will be illustrated on the localization of a group of underwater robots with unsynchronized clocks. In this problem, we consider that the travel time of the sound that gives us the distances between robots cannot be neglected.


Other Seminars of Robex

The other seminars of the Robex can be found here: